Ted:   You’re, you’re just like those internet swindlers who tricked him into paying 300 bucks for a lock of Sasquatch fur.

Zoey:  You cannot compare the Arcadian to ziploc bag of Turkish armpit hair.

This was in 6x22nd episode of the popular TV series, How I met Your Mother. For some reason, they had to include this racist reference in the conversation between Zoey and Ted of the series. Zoey compares Turkish armpit hair to a lock of Sasquatch fur (Sasquatch is an bear-like animal resembling human form believed to exist, bigfoot). Put it in another way, Zoey compares Turkish people to bear-like underevolved human forms. Surprised and outraged by this racist reference (given that I am Turkish), I did a little Google search on the expression “Turkish armpit hair”. Google came up with nothing of significance, so I tried other combinations, Turkish armpit, armpit hair, etc.

Then I asked a couple of American friends about the expression. They were both puzzled and told me they heard nothing about such an expression. Therefore, I was positive that this expression did not exist and the script writers in HIMYM’s staff made it up. Next thing I did was trying to find a reason why they would do such a thing.

I did a little research on the web. I came up with this:

On the 3x3rd episode, there was a phone conversation between Robin and Lily, which also included a coffee reference, as well as the condemnation of hairy Turkish lesbians:
Robin: Lily, I have pounded three cappuccinos waiting for you. Pretty soon I won’t have to shave, the hair is going to vibrate off my legs.
Lily: Sorry, I can’t leave now.
Robin: Lily, he can’t see my legs like this. I look like a Turkish lesbian!
Source: http://istanbulian.blogspot.com/2010/03/turkish-lesbians-and-turkish-coffee.html

This made things really weirder. For some reason, the script writers of HIMYM are obsessed with Turkish body hair?!

About Turkish body hair, most Turkish men do shave their armpit hair. This behaviour originates from Islam’s hygienic concerns. It is not a must, however, most people do abide by it. About Turkish lesbians, personally, I never saw one. If I had seen one, I would not know if they shaved or waxed and how frequently. Older and more traditional Turkish women wax, younger women shave, just like how it is done all around the world. The point is, how did HIMYM script writers come up with such a meaningless and offensive line (Sasquatch line)? 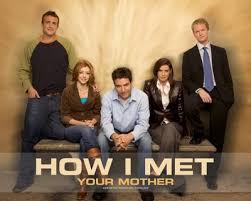 mehmettekn | The Best Personal Blog in the Universe